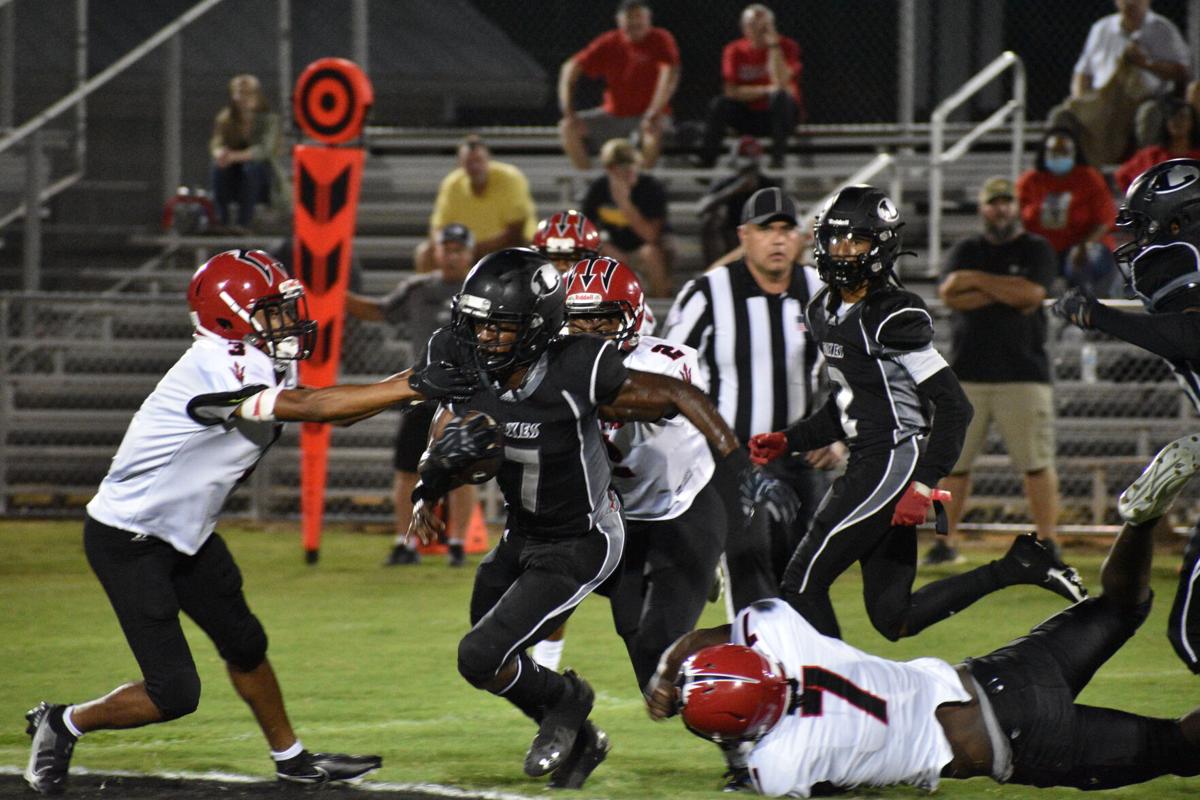 Lamar’s Quan Toney (7) runs with the ball in Friday’s win over Great Falls.

Through three games this season, however, the Silver Foxes are mostly back to their old ways on the ground and the pound – and it’s not hard to see why after Great Falls’ 56-16 blowout on Friday. .

Led by Patrick Anderson’s 225 rushing yards and four touchdowns, Lamar (2-1, 1-0) eliminated the undefeated Red Devils (4-1, 0-1) in the Region 2- opener. A for both teams – one game is likely to go a long way in deciding who will be the region’s champion at the end of the season.

“We did what we needed to do,” said Silver Foxes coach Chad Wilkes. “We kind of knew that if we played the way we were supposed to play, we would sort of run the business tonight.”

The marquee match turned into a rout even before the end of the first quarter. Lamar scored 28 straight points to start the game – capitalizing on two Great Falls turnovers in the process – and was leading 35-8 after the opening 12 minutes

Quan Toney added 130 yards and another rushing touchdown while McManus nearly gave LHS a trio of 100-yard rushers as he finished with 96 yards and two touchdowns.