Believe it or not, technical silver chart patterns indicate that rhyme action is about to happen in this asset class, which has been happening almost regularly for the past 5-7 years. We will discuss these factors using graphical silver analysis.

After March 2020, we have seen the majority of asset classes bottoming out, be it stocks, commodities, indices, etc. even silver hit a low closer to this period. What followed from those levels was a HUGE uptrend move in the second half of 2020 for silver, where in rupees terms it went from under 35,000 to over 75,000 in just a few months. Post that Silver has been in a long time consolidation where the asset has remained in a band of around 58000-75000.

However, much of the “rhythmic” price action indicates that silver has reached the inflection point at which the likelihood of it breaking and surpassing its previous high by a huge margin is SIGNIFICANTLY HIGH. 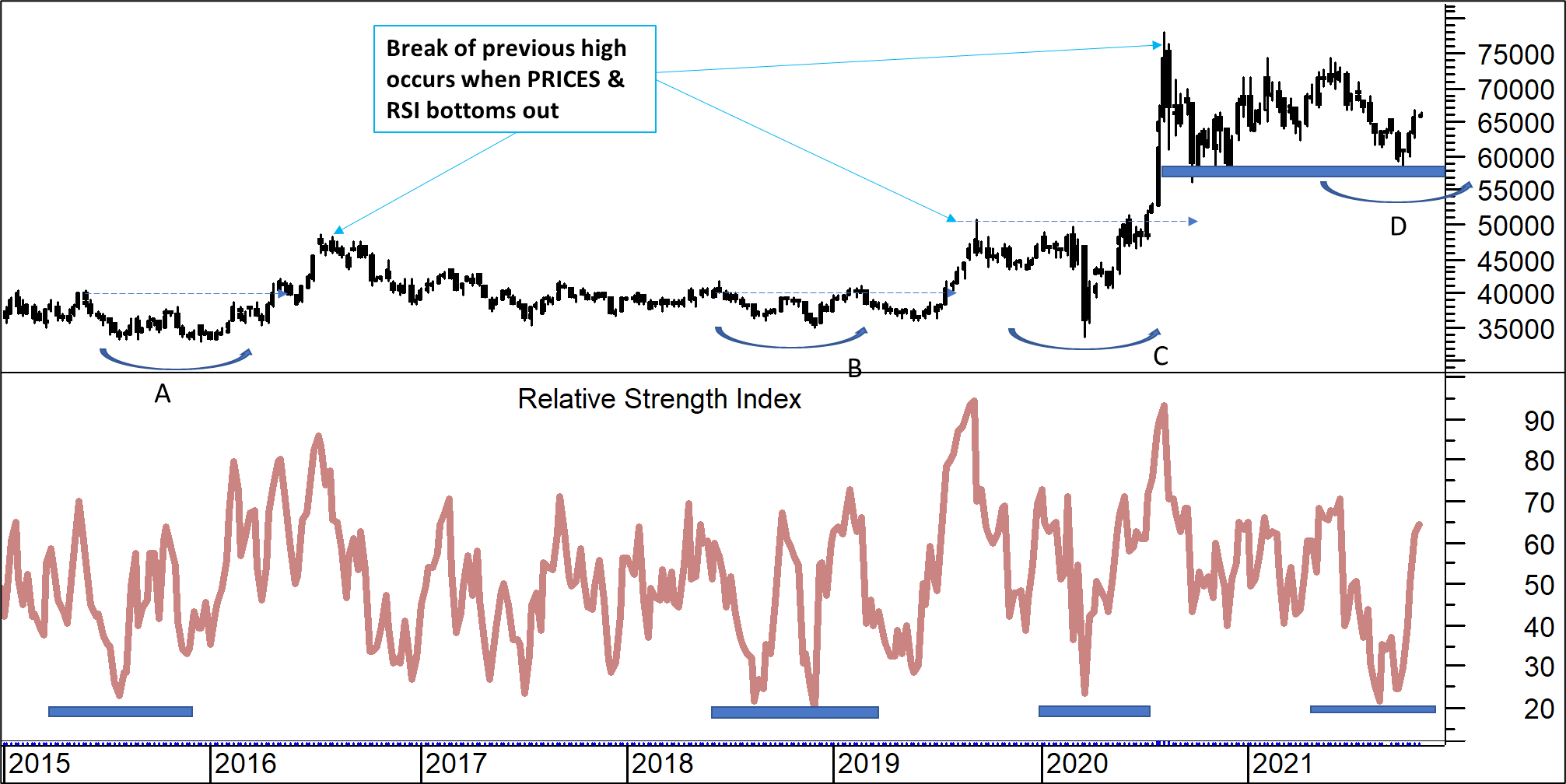 The graph indicates three important historical areas
1. Point A: At this point we see that prices had returned to a double bottom formation and the RSI had also shown signs of troughs. After that what followed was a steady initial uptrend and then the pace of the rally picked up and it broke through the previous resistance of 40,000 and moved almost 20% above that level.

2. Point B: Here, prices and the RSI both showed double bottom patterns forming more as a rounded bottom formation, then coming together higher. It was in 2019, where prices crossed the 40,000 mark and rose 25%.

4. Point D: Double bottom formation on price, a superb bullish RSI divergence setup and a breakout point above 75000. This indicates that the probability that the asset class will break above the 75,000 mark and fall. straightens with a sharp rise is SIGNIFICANTLY HIGH.

Gold and silver prices move in tandem, so we can expect that even gold can reproduce a similar trend as well.
Interesting times to come, and one thing seems likely that Silver Lining will most likely lead to Silver Shining!